All photos courtesy of and © Environnement et Changement climatique Canada 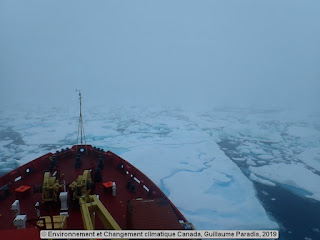 Escorting ships in fog through ice is a difficult task.  Finding the easiest and safest route through the ice is challenging.  Yes, radar helps, but it's not as good as the Mark I Eyeball.  It's also hard to find the ridges (Windrows on the Great Lakes).  In the Arctic these can be significant size and hardness and can stop an icebreaker dead in its track.  That means the cargo ship following must do all in its power to stop or avoid a collision with the icebreaker. 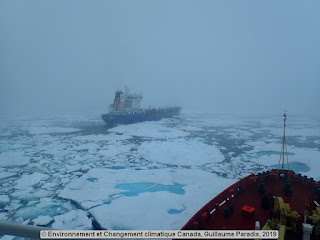 Several views of the Kivalliq W in the ice. 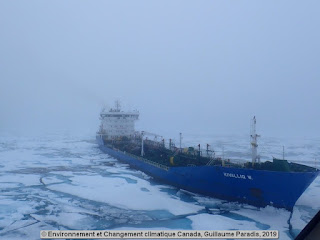 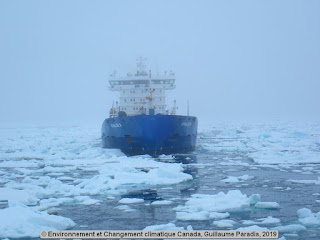 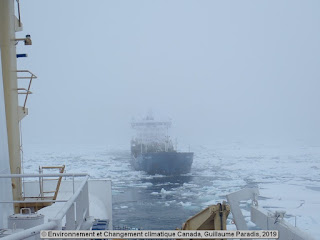 Fairly close escort.  The icebreakers will frequently work within 20 metres of a ship to free it from the ice.  Both the Captain and the Quartermaster (wheelsman) must be good. 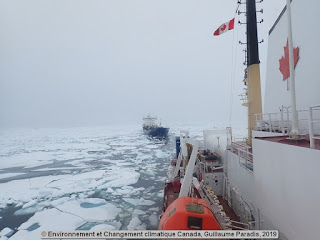 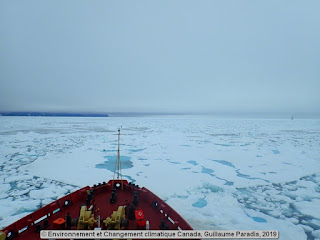 Above:  The road ahead.
Below:  CCGS Terry Fox.  Canada's 2nd most powerful icebreaker. 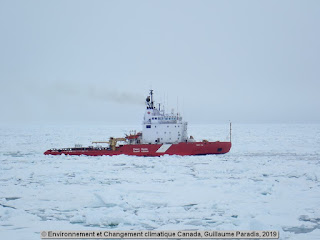 As Canadians will know, Terry Fox the person, was an heroic figure.  With an artificial leg he ran a marathon a day, aiming to cross the country (Canada), to raise money for cancer research.  That's a 5,300 mile run.  Sadly, he only got halfway across before succumbing to his cancer.  More on Terry Fox and the Marathon of Hope, Click Here. 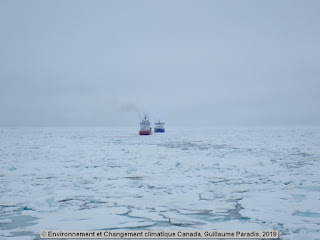 Below:  This geological feature is called the President's Chair.
I have no idea why or what president it refers to. 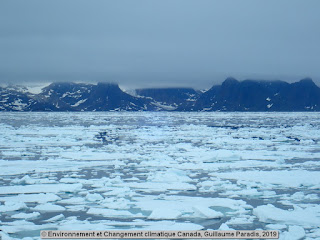 All photos courtesy of and © Environnement et Changement climatique Canada

Below:  Tanker Kivalliq W following the DesGroseilliers through the ice.  This is July 2, just below the Arctic circle. 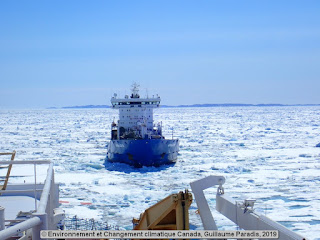 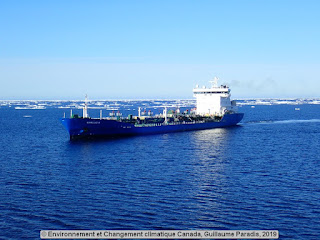 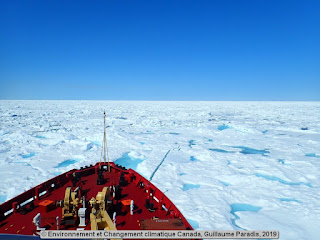 Above:  Heavy ice.
Below:  View of ice from helicopter.  Top right is rotor blade. 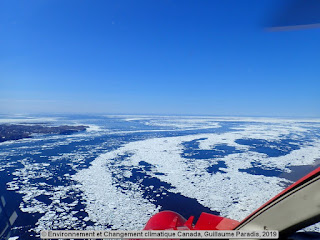 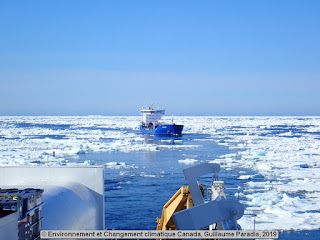 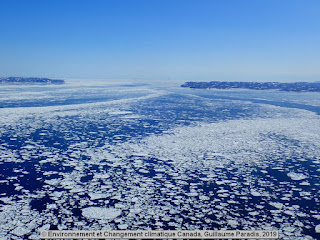 Above & Below:  From the helicopter.  In order to determine the best route through ice, and to map ice conditions, helicopters are used.  Crew of the helo while in flight is Pilot and Ice Service Specialist (in my day known as The Ice Pick).  There is also an aircraft engineer on the ship who services the aircraft.  The Ice Pick will make a detailed map of ice conditions while airborne.  This information is used by the Captain to determine the best route to follow.  The information is also sent to Canadian Ice Services for inclusion in daily ice charts that are promulgated to anyone interested, and are available on the web. 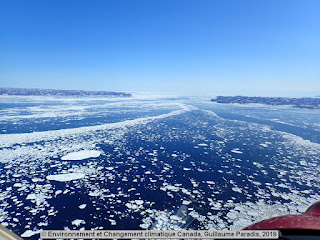 For more on Ice Forecasts and Observations, Click Here. 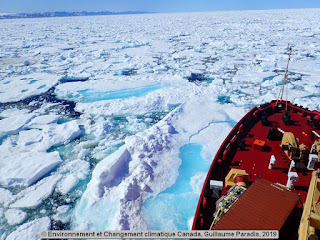 Below:  Example of an ice chart.  Red is bad, blue is water.  About 1/3 from the bottom on the left is Frobisher Bay with the city of Iqaluit near the head of the bay.

At the bottom of the chart is a legend that shows concentration in colours.  For example, orange is 7-8/10.  This means the area shown in orange has between 70% and 80% ice cover. 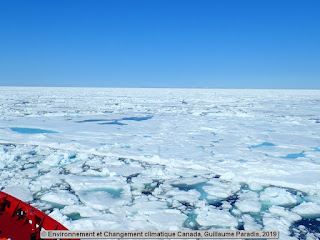 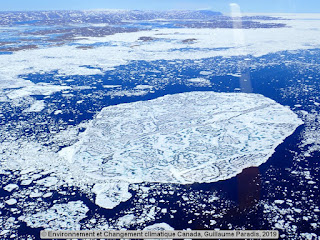 Above:  A rather large floe of rotten ice. 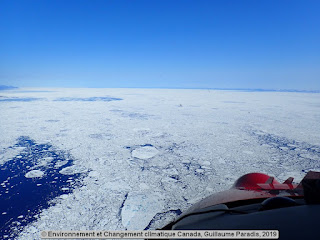 More views from the helicopter. 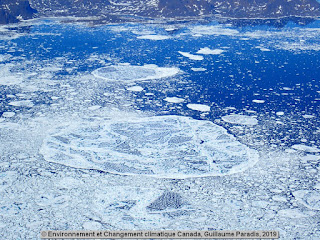 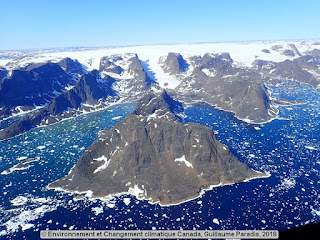 Rather stark country.  Not suitable for farming. 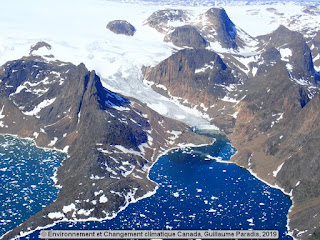 Below:  An easier area of ice. 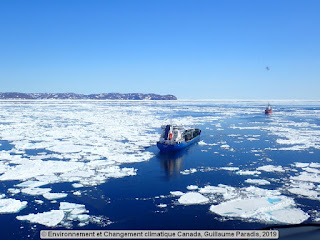 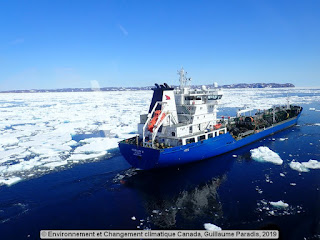